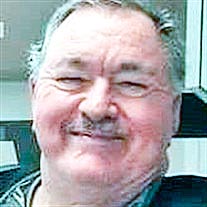 Mr. Duncan was born September 6, 1946 to the late Thomas and Mable Fisher Whitefield Duncan. Also preceding him in death is his first wife, Frances Dianne Eden Duncan. Son; Thomas Ray Duncan. Grandchildren; Thomas Lee Duncan and Dianna Nicole Duncan. Brothers; Jessie James Duncan, Leo Duncan, Sr., and Donald Ray Duncan. He was married to Carolyn Sue Givens in 1989. He graduated Smith County High School in 1965 and worked at T.R.W. for 32 years. He was of the Baptist faith and a U.S. Army Veteran.

Funeral Services for Mr. Duncan are scheduled to be conducted from the Carthage Chapel of Bass Funeral Homes on Saturday, March 3, 2018 at 11AM with Bro. Bill Fowler officiating. Interment will follow in New Macedonia Cemetery.

Visitation with the Duncan family will be held at the Carthage Chapel of Bass Funeral Homes on Friday from 3PM until 8PM and again on Saturday from 9AM until the time of the service at 11AM.

In lieu of flowers the family asks that donations be made to help with burial expenses.