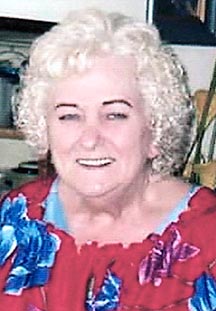 Mrs. Judy Chilton, age, 72 of Carthage and a longtime resident of Cookeville died at her Franklin Lane home at 9:55 p.m. Monday evening, February 26, 2018. She had been under the tender care of Avalon Hospice of Cookeville and they pronounced her deceased at 11:45 p.m. that evening.

Mrs. Chilton was at the Carthage Chapel of Sanderson Funeral Home and at her request was cremated at Cumberland Family Services in Algood.

A private memorial service for the family will be conducted at a time to be decided.

One of six children, she was the oldest child and only daughter born to the late Rev. William Radford Comstock III, who died on October 28, 2011 at the age of 85, and Virgie Deloise Silcox Comstock, who died October 29, 1960 at the age of 34 from tuberculosis.

She was preceded in death by an infant son, Roger Scott, who died at birth in 1957.

Mrs. Chilton was a retired seamstress at Red-Kap Industries in Cookeville before retiring in 1998.

She was a member of the Refuge Church in Carthage and had received her General Education Degree.

She is survived by her three daughters, Betty Clinton, Marsha Clinton and Amber Chilton, all of Carthage; brother, Moses Dwight Comstock of Carthage and Ernest Petty and wife, Jan, of the Sykes community; five grandchildren and seven great-grandchildren.