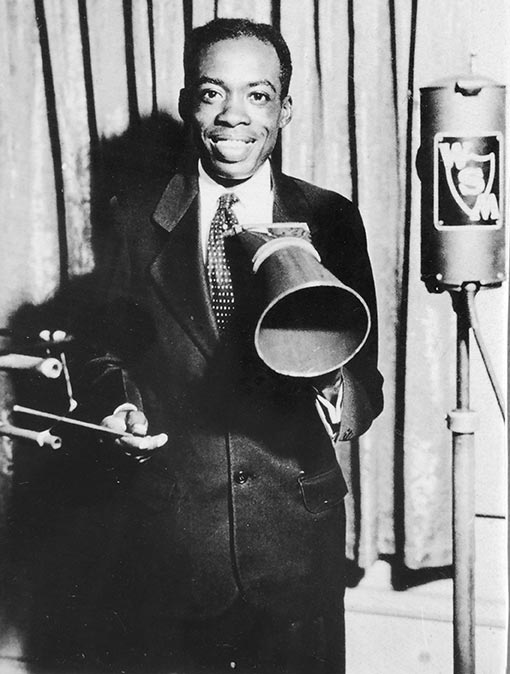 He called his harmonica his “best friend,” but the harmonica may never have had a better friend than Smith County native DeFord Bailey, country music’s first African-American star.

“This harp has carried me places money wouldn’t start to . . . and brought me back. It’s worth a million dollars just to have and play around on … It’s company to me,” said Bailey, nicknamed the “Harmonica Wizard,” who was enshrined in the Country Music Hall of Fame in 2005, 23 years after his death.

The harmonica virtuoso, who also referred to his favorite instrument as a harp, grew up on what he described as “black hillbilly music” in the Bellwood community on the Smith and Wilson County line. He thrilled listeners of the “Grand Ole Opry” radio show during its first 15 years with such dandy tunes as “Fox Chase” and “Pan-American Blues.”

One night near the conclusion of a broadcast, “Opry” manager Judge George D. Hay told the audience, “I’m letting you know, DeFord Bailey is the best harp player that was ever knowed out of 400 years, and still is.”

Bailey later recalled, “After he said that, I thought the same thing myself. People didn’t tell me that with their mouths, but by coming to see me play. I wondered why they all come to see me and not somebody else. That let me know I must be the best. But I never did take it for granted. God gave that talent for His people. That meant everything.”

“DeFord Bailey was one of the ‘Opry’s’ most popular early performers. Almost from the moment he began appearing regularly on WSM’s ‘Barn Dance’ show in 1926, listeners loved him. By 1927, he and banjo-playing vaudevillian Uncle Dave Macon were the show’s most popular entertainers,” said Nashville music writer-historian Robert K. Oermann.

“In the fall of that year, Bailey’s playing of ‘Pan-American Blues’ inspired the naming of the show as ‘Grand Ole Opry.’

In 1928, DeFord Bailey performed on the show twice as often any other artist. He was also a huge draw when he went on tour in the 1930s. Future fellow Country Music Hall of Fame members Macon, The Delmore Brothers, Roy Acuff and Bill Monroe all counted on Bailey to sell tickets and attract audiences, and so they wanted to travel with him.”

READ MUCH MORE IN THIS WEEKS COUIER!