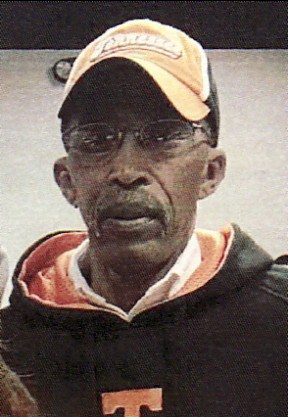 Mr. Claude “Skip” Hobbs age 74 of Murfreesboro and a longtime resident of Carthage stepped off on that beautiful shore on the banks of the chilly Jordan and God beckoned him home on Tuesday evening March 13, 2018 at the St. Thomas Rutherford Hospital in Murfreesboro. Mr. Hobbs was pronounced dead at 5:58 p.m. in the emergency room where he was admitted at 5:40 p.m. with C. P. R. in progress after being transported by ambulance from his Waywood Drive home.

A large gathering of family and friends assembled at the Carthage Chapel of Sanderson Funeral Home on Saturday afternoon March 17th for the 1 p.m. funeral services to celebrate the life of their much-loved friend and brother. His beloved pastor, Rev. Jesse Peters, officiated and burial followed in the Smith County Memorial Gardens.

He was preceded in death by his only sibling, John Larry Hobbs who died December 22, 1993.

In September of 1962 in Carthage he was united in marriage to the love of his life the former Grace Ferrell who steadfastly stood along his side until the death angel summoned Bro. Hobbs home.

Mr. Hobbs was saved at an early age and was united with the Lily Hill Baptist Church in the Riddleton Community where he remained a faithful and dedicated member until his passing and at the same church where his father served as chairman of the Board of Deacons for over fifty seven years.

He was a 1961 graduate of the former Turner High School in Carthage.

His early work employment was at the Douglas Aircraft Plant which was the first industry in the Carthage Industrial Park in the early 1960’s. He was later a longtime employee of Gammons Texaco in Carthage which was located where the present McDonald’s Restaurant is located on Dixon Springs Highway.

Mr. Hobbs was retired from the former Avco-Textron Aircraft Co., now Vaught in Nashville with twenty three years of service.

Surviving in addition to his wife of over fifty six years are their two children, Jeffery Hobbs and wife Kristina of the Riddleton Community, Felicia Hobbs Thompson and husband Lonnie of Murfreesboro; his seven grandchildren who were the joy of his life, Jahniah, Ah-Yokah, Kaya and Mavrik Hobbs, Destin Thompson and wife Brittany, Devin and Darius Thompson; and a special niece who was as his daughter, Karen High of Kingston, TN; two great-grandchildren, Araeya and Maddox Thompson.