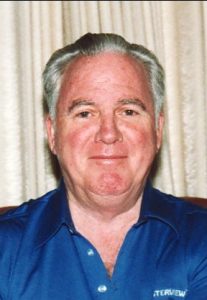 Mr. Raleigh Campbell of the Difficult Community died at the age of 86 at 12:48 a.m. Thursday morning March 15, 2018 at the Tennova Healthcare in Lebanon where he was admitted March 12th.

Mr. Campbell was transported on Monday to the Ivy Funeral Home in Mr. Campbell’s wife’s hometown of Hamilton, Ohio where funeral services were conducted from the Ivy Chapel on Tuesday afternoon March 20th at 2 p.m. Burial followed in the Rose Hill Burial Park in Hamilton.

One of six children, he was born Raleigh Campbell in Confluence in Leslie County, Kentucky on August 31, 1931 and was the son of the late Willie D. Campbell and Doshia Wooton Campbell.

On July 6, 1957 in Hamilton, Ohio he was united in marriage to the former Gaybe Louise Anderson.

He was a United States Air Force Veteran having served during the Korean War and was honorably discharged with the rank of Corporal at Langley Air Force Base, Virginia on February 21, 1952.

Mr. Campbell was a member and Deacon Emeritus of the Carthage First Baptist Church.

He was a retired construction manager for the Del Webb Corporation with twenty eight years of employment and oversaw the entire build-out of Del Webb’s Sun City Retirement Center near Phoenix, Arizona.

Mrs. Campbell stated it had been his life ambition to build their retirement home and on February 7, 1997 they moved to the Difficult Community where they had purchased a farm on Dog Branch South and lived in their motor home until Mr. Raleigh completed their dream home and in October of 1998 they moved into the new forever home where they lived happily in their retirement years.