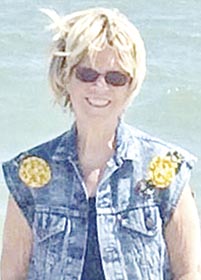 Teresa graduated from Smith County High School in 1972 and immediately enrolled at MTSU to earn a certificate to become a court reporter. Starting work under her father even while in school, Teresa worked as a court reporter for over 40 years. Teresa was an antique enthusiast, and later she turned her love of antiques into a business, owning and operating Step Into the Past Antiques on the historic square in Carthage, TN for a number of years. Teresa also loved her animals and Rock Music, Stevie Nix in particular. She was an avid gardener and would often remark about having the first tomatoes in town each year. Teresa was a member of the First Baptist Church, Carthage.

The Family would like to extend a special thanks and utmost appreciation to Teresa’s caretakers who became like family: Clara Sadler, Anne Wallace, and Mary Wooten.

Celebration of Life Services for Ms. Turner will be held at a later date and will be announced once available.

In lieu of flowers, the Turner Family requests donations in Teresa’s memory be made to the Smith County Historical and Genealogical Society.