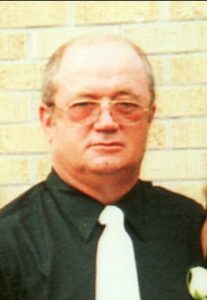 One of four children, he was born Frank Hartley Carter Jr. on September 5, 1948 at the former McFarland Hospital in Lebanon and was reared in the Bowman Branch Community at Riddleton and was the son of Carolyn Marie “Sissy” Gibbs Carter of Carthage and the late Frank Hartley Carter Sr. who died April 23, 1986 at the age of 64.

He was also preceded in death by a granddaughter, Allison Elizabeth Carter who died at the age of 9 months on July 9, 1990 and by a step-grandson, Matt Spain.

He was united in marriage to Hopkinsville, Kentucky native, the former Evelyn Juanita Lyle, in Springfield, TN on January 16, 1982.

Mr. Carter attended Smith County High School and was employed by U.C.E.M.C. for forty two and one half years and retired on December 31, 2010 with a job classification as a First Class Lineman.

He was saved at the Bide Russell Memorial Missionary Baptist Church in the Riddleton Community at the age of 11 under the preaching of the late Eld. C.C. Ramsey and was baptized into the full fellowship of the church.

At the time of his death he was a member of the Zion Missionary Baptist Church at Hartsville.