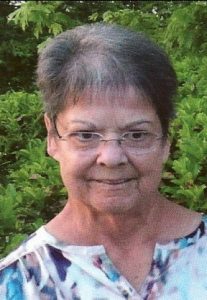 Mrs. Donnie Kent of South Carthage died at the age of 80 at 12:55 p.m. Friday afternoon March 23, 2008 at the Tennova Healthcare in Lebanon where she was admitted March 19th suffering from breathing and heart complications.

On June 25, 1956 she was united in marriage to Granville native Billy George Kent.

Mrs. Kent was employed at the Lebanon Woolen Mills for thirty two years before retiring there in 1998 and then began employment in the corporate offices of the Cracker Barrel Corporation in Lebanon before finally retiring for good in 2004.

Mrs. Kent was a member of the Mt. Zion United Methodist Church in the Sullivans Bend Community.

The Kent family requests memorials to the Caring Voice Coalition which helps individuals with respiratory conditions obtain treatments that are not covered by insurance.