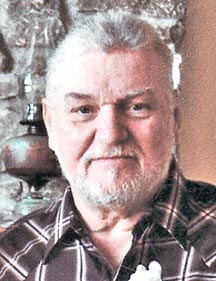 Mr. Mike Butler of the Defeated Creek Community was pronounced dead on arrival at the Tennova Health Care in Lebanon on shortly after noon on Saturday March 25, 2018 at 12:06 p.m. after suffering a fatal heart attack while visiting a truck mechanic friend in Lebanon. He was 59.

One of six siblings, he was born Michael Anthony Butler in Carthage on October 25, 1958 and was the son of Jessie Willard Martin Butler of the Defeated Creek Community and the late James Henry Butler who died May 25, 2002 at the age of 72.

Mr. Butler was united in marriage to Defeated Creek Community native the former Shelia Elaine Sutton on May 21, 1977 at her parent’s home by the late Eld. Gordon Wheeler.

Mr. Butler was a non-denominational Christian and was a 1977 graduate of Smith County High School.

He and his son did house construction and remodeling and Mr. Butler was an accomplished electrician and plumber having worked for the former Moss Service and Supply Co. in Carthage for over thirteen years.