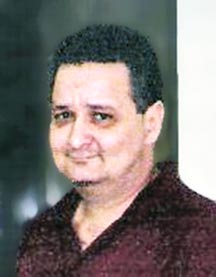 Mr. Roger Bowman, age 63 of Carthage died at 6:38 p.m. Monday evening April 2, 2018 at the Tri-Star Hendersonville Medical Center of heart failure, from which he was not able to recover.

Before becoming disabled, Mr. Bowman was employed with his father and later his brother Alton in the construction business.

He was saved as a teenager and was baptized into the full fellowship of the East Carthage Missionary Baptist Church.

In 2006 he lost his eyesight and for the last twelve years had made his home at the Palace at Red Boiling Springs.

He was a 1971 graduate of Smith County High School and was never married.

The Bowman family requests memorials to the St. Jude Children’s Hospital in Memphis.