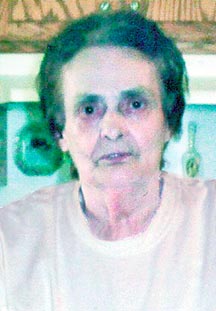 Mrs. Joyce Gibbs, of South Carthage, died at 10:41 a.m. Thursday morning April 5, 2018 at the Concordia Health and Rehabilitation Center in Carthage where she had resided since March 7th of this year. She was83.

Mrs. Gibbs was saved at an early age in a Nazarene Tent Revival and attended the Carthage Church of the Nazarene.

She was a beloved nurse tech and in her early career worked at the old Smith County Health Care Center and her career ended as a longtime nurse at the former Carthage General Hospital.

She is survived by six children, Debbie Murray and husband Jerry of the Flatrock Community, Melinda Gibbs of the Hogans Creek Community, Glenda Arnold, Mark Gibbs and Jeremy Gibbs all of Carthage, Lori Bryant and husband Thomas of Rock Hill, South Carolina.