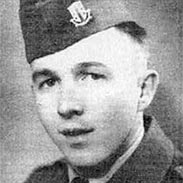 Jim was born December 30, 1928 in the New Middleton, TN area, son of the late Willis Edward Barrett and Nettie Jackson Williams Barrett. He married Peggie Hesson on September 16, 1950 and she preceded him in death on January 14, 2008 after 57 loving years of marriage. He was also preceded in death by youngest Son; Raymond Edward Barrett, and Siblings; David Barrett and Howard Barrett, both of Gordonsville, TN, and Edwina Fish of Collins, Iowa. Jim enjoyed the hobby of restoring old vehicles.

Funeral Services for SGM. Barrett are scheduled to be conducted from the Gordonsville Chapel of Bass Funeral Homes on Sunday, April 8, 2018 at 2PM with Bro. Alton Hesson officiating. Burial with full Military Honors will follow in the Gordonsville Cemetery.

Visitation with the Barrett family will be held at the Gordonsville Chapel of Bass Funeral Homes on Saturday from 4PM until 8PM and again on Sunday from 10AM until the time of the service at 2PM.