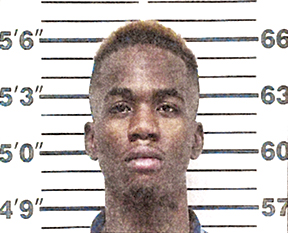 Two people have been arrested and another suspect is being sought in the April burglary of the Patriot Gun and Pawn in the Tanglewood community.

Roderick Dannell Crowell, 19, Nashville, has been charged with aggravated burglary, criminal attempt to commit second degree murder, four counts of reckless endangerment and vandalism. Also a juvenile male has been charged in connection with the burglary and is being held in juvenile detention in Putnam County.

Authorities are not releasing the name, identification and charges against the juvenile.

Warrants have been issued for a second adult who is being sought by police. Identification of the suspect will be made available when an arrest has been made.

Officials with the sheriff’s department, which led the investigation, suspected four people were involved in the burglary.