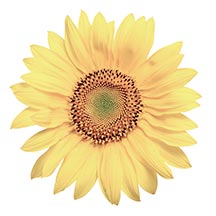 Mrs. Cindy Strickland, age 66, owner and operator of Dreaming by the River Bed and Breakfast on Gibbs Landing Lane in South Carthage, was pronounced dead at the Riverview Regional Medical Center E. R. in Carthage on Monday morning May 21, 2018 at 11:10 a.m. following a battle with cancer.

Mrs. Strickland was at the Carthage Chapel of Sanderson Funeral Home and was cremated at Cumberland Family Services in Algood.

The daughter of the late Marvin Richards and Martha Lois Rice Richards, she was one of five children and was born Cynthia Dale Richards in Villa Rica in Carroll County, Georgia on December 23, 1951.

A sister, Ila Fred Carter preceded her in death as did a brother, Keith Richards.

On June 3, 1971 in Beaufort, South Carolina she was joined in holy wedlock to Birmingham, Alabama native Thomas Mack Strickland.

Mrs. Strickland was a graduate of North Sand Mountain High School and was a sociologist by profession working for the State of Alabama.

Following her retirement she and her husband Tom relocated from Huntsville, Alabama to South Carthage and purchased the Gibbs Landing resort in 2006 and opened the B & B.

She was of the Baptist faith.