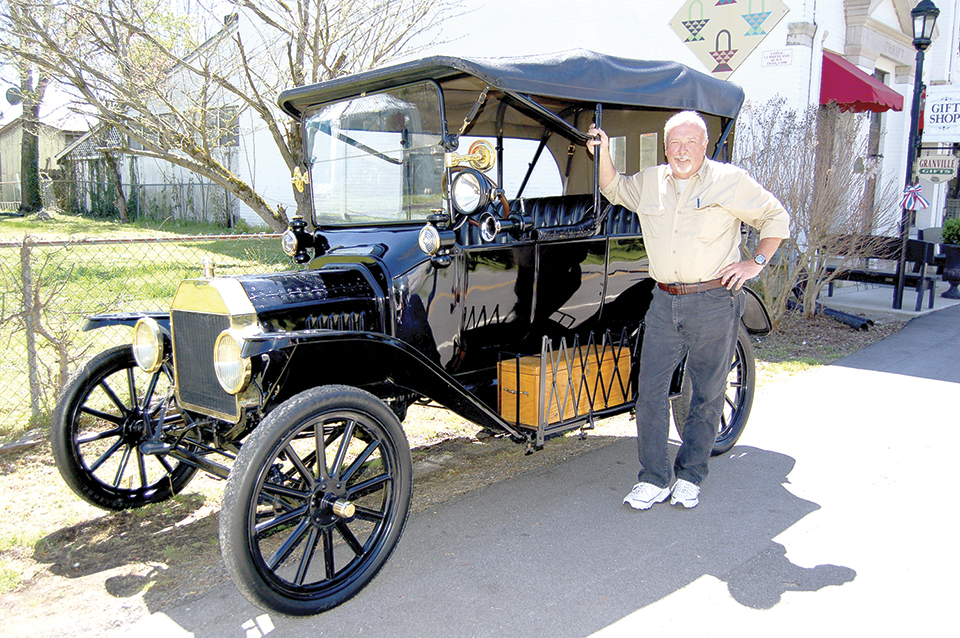 THE MODEL T THAT GOT AWAY

After Bruce Carter’s father sold his cherished 1915 Model T automobile one Sunday afternoon in the mid-1960s, a melancholy feeling overwhelmed the teenager with such force that he would be haunted by the memory for 50 years. “That Model T was something that was really special to him, and I had developed this liking to it. That old car was really a symbol of his enjoyment and entertainment, and it had become mine.

It was really the one item belonging to him that I wanted. We spent a lot of time together on that old car,” said Bruce, 67, who grew up in Granville, Tenn., the only child of J.N. and Geraldine Carter. Bruce’s dad purchased the car from T.B. Sutton, owner of Sutton’s Store, in the Cumberland River village that sits barely tucked inside the western edge of Jackson County. In recent year the town has been transformed into an Americana tourist site and provides visitors with a nostalgic trip back to a gentler time and place as it depicts a mid-20th-century rural community.