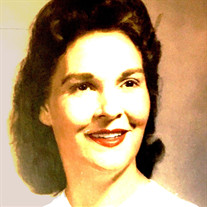 Mrs. Reed was born May 31, 1935, in Buffalo Valley, TN, a daughter of the late Roy Wesley Bennett and Mary Eva Bush. Mildred married James Willard Reed on March 13, 1951 and he preceded her in death on January 27, 2014. She was also preceded in death by Son; Michael Lynn Reed on June 16, 1985, Brother; Lee Roy Bennett, and Sister; Ruby Smith Coon. Mrs. Mildred loved working in her flower garden and in her yard.

Funeral Services for Mrs. Reed are scheduled to be conducted from the Gordonsville Chapel of Bass Funeral Homes on Wednesday, May 30, 2018 at 1PM with Bro. Tim Bennett officiating. Interment will follow in the Gordonsville Cemetery.

Visitation with the Reed family will be held at the Gordonsville Chapel of Bass Funeral Homes on Tuesday from 1PM to 8PM and on Wednesday after 10AM until service time at 1PM.