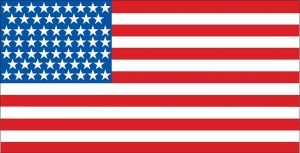 Mr. Richard Siren, age 88, of Lebanon and a former resident of the Rock City Community died at 7:22 p.m. Saturday evening June 2, 2018 at the Skyline Medical Center in Nashville where he was admitted June 1st.

Mr. Siren is at the Carthage Chapel of Sanderson Funeral Home and will be cremated at Cumberland Family Services in Algood. No services will be held.

The Platteville, Wisconsin native was born Richard King Siren on September 29, 1929 and was the son of the late Thomas A. and Fern Weis Siren.

He was preceded in death by his longtime companion Clara Elizabeth Padgett, a Rhea County, Tennessee native who died at the age of 72 on April 14, 2006.

He proudly served our country with the United States Air Force and was a veteran of both the Korean and Vietnam Wars.

Following his military service he was employed with the Department of Corrections from 1968 until his retirement in 1998. His total overseas service was seven years and eight months.

He served as a medical specialist.

Mr. Siren was of the Lutheran faith.

He is survived by his caregiver, Nancy Padgett of Lebanon; two children, Barbara McKee of Lascassas and Ricky Siren of Murfreesboro.