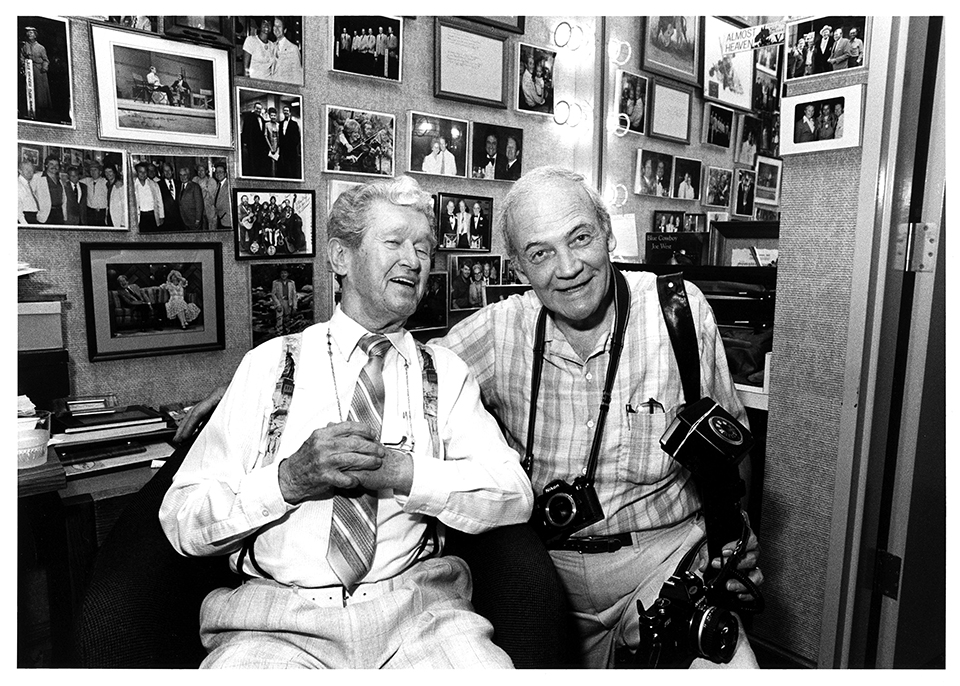 It comes a bit of a shock to learn that Les Leverett has hung up his camera. Leverett’s name might not be known to the masses, but this Southern gentleman likely took more photographs of country music stars and musicians on the holy ground known as “the Mother Church of Country Music,” the historic Ryman Auditorium, than anyone.

After the “Grand Ole Opry,” the world’s longest running radio show, moved to new digs at the Grand Ole Opry House in 1974, he then ran off a string of 18 more years of doing what he did best. His images of the singers and pickers have been preserved clear and sharp as the day they were taken.

Now they have been brought back into the light at Family Reunion: The Opry Family Photo Album, an exhibit on display at the Acuff House near the Grand Ole Opry House, which runs through Oct. 31. Asked recently if he were still making photos, Leverett answered simply, “No, I ain’t making nary a one. I’m totally out of it.”
READ MUCH MORE IN THIS WEEKS COURIER!