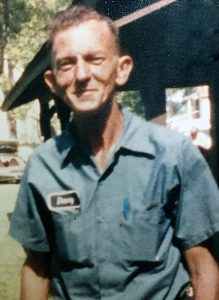 Mr. Stewart was born December 22, 1940 in Lancaster, TN, a son of the late Hershel Edward Stewart and Ocia Lee Watts. He was also preceded in death by Step-Father; Robert Jesse Stewart and Three Brothers; James Stewart, J.W. Stewart, and Earl Stewart. Mr. Dewey was a graduate of Gordonsville High School.

Funeral Services for Mr. Stewart are scheduled to be conducted from the Gordonsville Chapel of Bass Funeral Homes on Tuesday, June 26, 2018 at 1PM with Bro. Shane Smith officiating. Interment will follow in the Gordonsville Cemetery

Visitation with the family will be held at the Gordonsville Chapel of Bass Funeral Homes on Tuesday from 10AM until service time at 1PM.