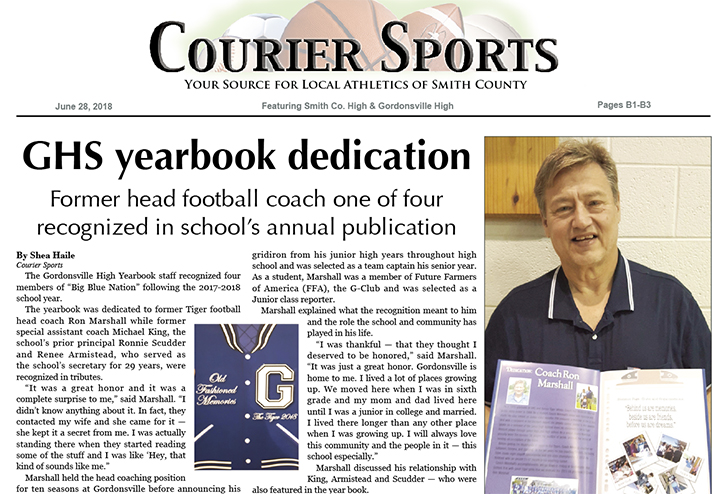 “It was a great honor and it was a complete surprise to me,” said Marshall. “I didn’t know anything about it. In fact, they contacted my wife and she came for it — she kept it a secret from me. I was actually standing there when they started reading some of the stuff and I was like ‘Hey, that kind of sounds like me.” Marshall held the head coaching position for ten seasons at Gordonsville before announcing his retirement in February.

The veteran coach led the 2012 Tigers to the program’s second ever TSSAA Class A title and to eight playoff appearances. Marshall had coaching experience at Lebanon, Smyrna and Oakland before compiling a 71-47 record with the Tiger football team.