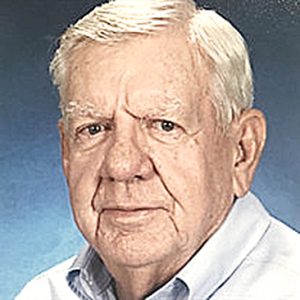 Richard married Carolyn Litchford on June 28, 1959 at the New Middleton Baptist Church. He was a graduate of Gordonsville High School, Class of 1950. After graduation, Richard served his country in the United States Marine Core from 1952 until 1954 during the Korean War. Richard spent a total of 9 months in Korea during his service time. After the service, Richard worked for Tennessee Highway Patrol for 25 years and retired as a lieutenant in the Cookeville District. He was also owner and operator of Trucking, Inc., hauling lime, rock, and asphalt all over the Upper Cumberland. Along with his professional career, Richard was also a lifelong cattle farmer.

Graveside Services and Interment for Mr. Harper are scheduled to be conducted on Tuesday, July 3, 2018 at 1PM at the Litchford Cemetery at 26 School House Circle, Brush Creek, TN 38547, with Bro. Mark Stinnett and Bro. B.J. Thomason officiating.

Visitation with the Harper Family will be at the Gordonsville Chapel of Bass Funeral Homes on Tuesday from 10AM until 12PM.

In lieu of flowers, memorials in Mr. Richard’s memory may be made to New Middleton Baptist Church, 493 New Middleton Hwy, Gordonsville, TN 38563.