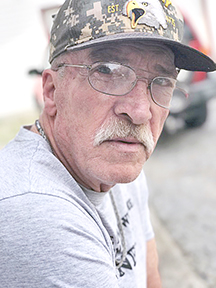 William Kennedy passed away on July 12, 2018 at age 66. The family will be receiving friends at Sellars Funeral Home, Lebanon TN, on Monday from 4-8 p.m. and on Tuesday from 1 p.m. until the service.

The Funeral Service, conducted by Brother Danny Sellars, is 2 p.m. Tuesday, July 17, 2018 in the chapel of Sellars Funeral Home. Interment in Gordonsville Cemetery will follow the service.

Mr. Kennedy was a car salesman who loved fishing, music, hunting, and all types of cars. He is survived by children Krystle Travis, Will Kennedy, Waylon Kennedy, Tommy Kennedy, Chris Stanford, and Kelly Warren, 11 grandchildren, and sisters Janice (Billy) King and Sue Gregory.