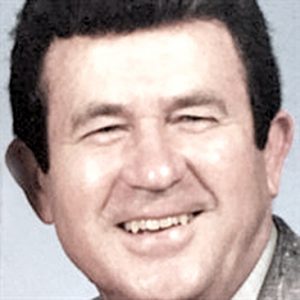 Billy was born on August 10, 1931 in Granville, TN, a son of the late Willie Holleman and Dovie Mae Williams Holleman. He was also preceded in death by Brother; Jackie Holleman and Sister; Lois H. Fields. Billy graduated from Gordonsville High School in 1949. He married Veva Elizabeth Harrison on December 21, 1952. Billy served his country in the United States Army during the Korean Conflict from 1952 until 1955. After his service, Billy worked as a Passenger Service Agent for American Airlines out of Nashville for 38 years. He was a member of the College Hills Church of Christ in Lebanon, TN.

Funeral Services for Mr. Holleman are scheduled to be conducted from the Carthage Chapel of Bass Funeral Homes on Saturday, August 4, 2018 at 1PM with Ken Beck officiating. Interment will follow in the Gordonsville Cemetery.

Visitation with the family will be held at the Carthage Chapel of Bass Funeral Homes on Friday from 3PM to 7PM and on Saturday after 12PM until service time at 1PM.