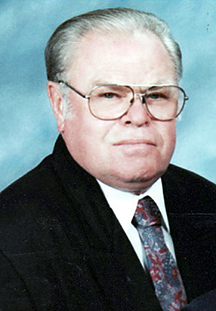 Mr. Ray Harper, age 81, of the Tanglewood Community died peacefully at 5:15 p.m. Tuesday evening July 31, 2018 at the Hartsville Health and Rehab Center where he was admitted April 4, 2017 suffering from chronic pulmonary disease.

Funeral services from the Carthage Chapel of Sanderson Funeral Home were conducted by his pastor Eld. James “Pee Wee” Massey on Friday morning August 3rd. Following the 11 a.m. services burial was beside his wife of over fifty five years in the Garden of Everlasting Life at Smith County Memorial Gardens.

He was preceded in death by an infant sibling who died at birth.

He was united in marriage to Turkey Creek Community native, the former Mildred Irene Angel, at the home of Eld. Phocian Gibbs on February 22, 1958. She preceded Mr. Harper in death on August 26, 2013 at the age of 73.

Mr. Harper was a member of the South Carthage Missionary Baptist Church.

He was employed many years as a farm feed delivery driver for the former Cumberland Feed Mill in South Carthage and for the last twenty five years before retirement he worked for American Feed and Farm in Nashville where he operated a tow motor.

Mr. Harper was a former volunteer fireman with the South Carthage Fire Department.

The Harper family requests memorials to either the South Carthage Missionary Baptist Church Building Fund or the Jackson-Smith Youth Camp.