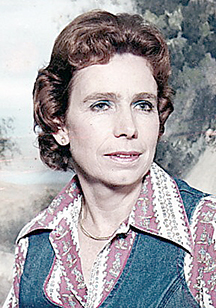 Mrs. Thelma Woodard Thaxton, of the Pleasant Shade Community, was pronounced dead at the Riverview Regional Medical Center in Carthage at 1:11 a.m. Monday morning August 13, 2018. She was transported from the Concordia Health and Rehabilitation Center in Carthage where she had resided since September 12, 2017. Mrs. Thaxton was 80.

Mrs. Thaxton’s son-in-law, Bro. David Thaxton, officiated at the funeral services which were conducted from the Carthage Chapel of Sanderson Funeral Home on Wednesday afternoon August 15th. Following the 1 p.m. funeral services burial was in the Garden of the Cross section at the Smith County Memorial Gardens.

She was united in marriage on April 9, 1977 in Lebanon to Turkey Creek Community native Ray Thaxton who preceded her in death on June 5, 2015 at the age of 71 following over thirty eight years of marriage.

She was also preceded in death by two granddaughters, Tabatha Kellow and Chrystal Coffee.

Mrs. Thaxton was a longtime employee of the former Carthage Shirt Corporation and after the closing in 1993 she was employed as a nurse tech at the former Smith County Health Care Center in Carthage, which was later Kindred Health Care and now Concordia.

She attended the Mt. Calvary Pentecostal Church in the Rock City Community.