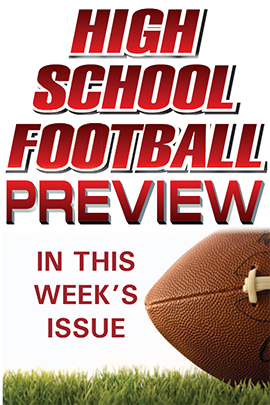 Smith Co. High Owls head football coach Mike Dickerson must exercise patience as he starts his sixth season at the helm of the gridiron program. The 2017 season was one to remember for the Black-and-Gold as they garnered a Region 4-3A championship and went three rounds deep into the Class 3A playoffs (quarterfinals) which marked the best run by a Dickerson-led squad. The Owls went 7-3 during the regular season as those three losses came by a total of nine points. With some help, however, in the last two weeks of the regular season, the Owls were able to snare the region crown. Smith Co. has been to the playoffs in four of Dickerson’s five seasons as he has amassed a record to 29-27. Several huge holes will have to be filled for the Owls to defend their region title as three of the most prolific offensive weapons in school history have graduated.

The 2018 high school football season will mark the beginning of a new era for the Gordonsville High School football program as the Tigers march forward with head coach Scott Clemons at the helm. Clemons is definitely not a stranger to the “Big Blue” football program after serving as a Tiger football assistant coach for most of his 20-plus year career — he spent a short stint at Macon County. It is evident talking to Clemons that he holds Gordonsville football in high regard and has a lot of respect for the program. “This is my first year being head coach,” said Clemons. “I have been here for 20-plus years. So, I have been around Gordonsville football a long time so it is an important part of my life. It was good to me when I went to school here. That was one of the reasons why I wanted to come back and be a part of it. I tell these kids every day to be thankful for the opportunity to be a part of a program like Gordonsville where the community supports you — and expects you to come out and play the way you are capable of playing. They want you to do the best that you can do.”

READ MUCH MORE ON BOTH THE TIGERS & OWLS IN THE 2018 CARTHAGE COURIER HIGH SCHOOL FOOTBALL PREVIEW IN THIS WEEKS COURIER!