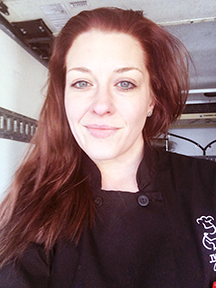 A Dowelltown Community resident is dead following a single vehicle accident in which the car she was driving struck a tree within a mile of her Alexandria to Dismal Road home in Dekalb County at 11:34 p.m. Wednesday evening August 1st.

Ms. Jenna Baird died at the Vanderbilt University Medical Center in Nashville at 12:58 a.m. Tuesday morning August 14th where she had remained in critical care since the accident.

Ms. Baird was cremated at Cumberland Family Services in Algood and will be buried on her grandparent’s lot, the late Ernest and Elois Blair Reece, in the Garden of Gethsemane at Smith County Memorial Gardens. The services will be private for family members only.

Born Jenna Nicole McIntosh in Sevierville on May 22, 1985 she was the daughter of the former Rita Darlene Reece of Old Hickory, now Rita McIntosh.

Ms. Baird was a waitress and attended Mt. Juliet High School where she received her General Education Degree.

She attended the Adams Avenue Church of Christ in Lebanon.

Surviving in addition to her mother is the father of their three children, John Baird of Lebanon; children, Maggie Baird of Old Hickory, Michael and Mason Baird both of Lebanon.