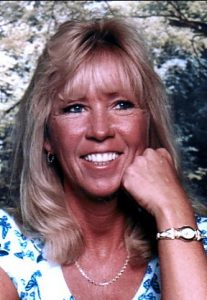 Mrs. Pat Spivey Butts age 58, a homemaker of Dixon Springs, died at 10:45 a.m. Thursday morning August 16, 2018 at the Tennova Health Care in Lebanon where she was admitted to the Intensive Care Unit on Wednesday August 15th in respiratory distress.

The fifth of six children, she was born Patty Carnet Spivey in Carthage on February 21, 1960 and was the daughter of Mrs. Mable Willodean Hughes Spivey and the late Billy Ray Spivey who died at the age of 70 on April 2, 2003.

On December 31, 1985 she was united in marriage to Terry Eugene Butts.

Mrs. Butts was a member of the Carthage First Freewill Baptist Church in the Tanglewood Community.