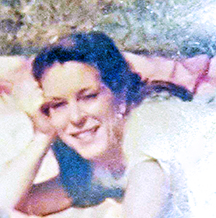 Services were conducted from the Carthage Chapel of Sanderson Funeral Home on Friday afternoon August 24. Burial followed the 1:00 p.m. service near her parents in the Garden of Peace in Smith County Memorial Gardens.

Born Dimple Dean Meadows in Smith County on April 14, 1947, she was the daughter of Ed Donald Meadows who died September 8, 1995 and Ruby Louise Mahaney Meadows who died February 11, 2008. She was preceded in death by a brother, Roger Meadows, and by a granddaughter, Andi Johnson.

On December 11, 1987 at the home of Joe Scruggs, she was united in marriage to Gordon Mack Ray who survives.

Mrs. Ray attended Smith County High School and was employed by the Carthage Shirt Factory. She was of the Christian faith.