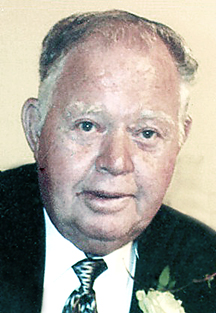 Longtime Elmwood Community resident Mr. Stanford Maynard died at his Cookeville Highway home at the age of 79 at 4:45 p.m. Thursday afternoon August 23, 2018 with his family at his bedside. He was diagnosed sixteen days earlier with mesothelioma, a disease of the lungs.

Eld. Chris White and Eld. Larry Gregory officiated at the 3 p.m. Sunday afternoon August 26th funeral services from the Carthage Chapel of Sanderson Funeral Home Burial followed beside his wife of over forty eight years in the Garden of Everlasting Life at Smith County Memorial Gardens.

The son of the late Robert Sheal Maynard and Pearl Grisham Maynard, he was born Shelah Stanford Maynard on June 9, 1939 in the Dekalb County section of the Lancaster Community.

On May 9, 1964 in Lafayette he was united in marriage to Carthage native, the former Dorothy Sue Kellow who preceded him in death on September 8, 2012 at the age of 73.

Mr. Maynard attended Gordonville High School and was of the Missionary Baptist faith.

In 2004 he retired as a construction employee from the Rogers Group in Nashville. He was also an accomplished concrete and rock mason.