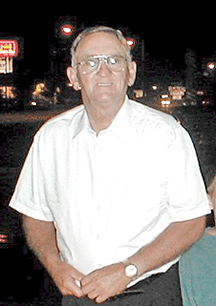 Mr. Ed Taylor, age 80, a lifelong farmer of the Kennys Bend Community, died peacefully Labor Day evening September 3, 2018 at 6:47 p.m. at the Concordia Nursing and Rehabilitation Center in Carthage where he had made his home since June 9, 2017.

Funeral services were conducted Thursday morning September 6th at 11 a.m. from the Carthage Chapel of Sanderson Funeral Home. Bro. Jimmy Gregory officiated and burial followed in the Taylor family lot in the Garden of the Cross at Smith County Memorial Gardens.

Hubie died from a sudden heart attack only twenty two days after the death of his father.

Mr. Taylor was of the Baptist faith.

He was a 1956 graduate of Smith County High School and was a member of the Beta Club his sophomore, junior and senior year, was President of the senior class student council and played football all four years.

He along with Lettie Jane Read were voted most popular boy and girl at S.C.H.S. and he majored in agriculture and served as the FFA Chapter Representative.

The Taylor family requests memorials to the Jordan Hackett Foundation.