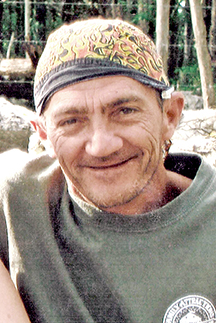 Mr. Grisham was born May 23, 1966, son of Marvin Neal Grisham and the late OraLee Betty Francis Madewell Grisham. He had worked for Rackley Roofing, City of Lebanon, as a Farm Hand, and at Burger King. He loved farming and working and flowers.

Graveside Services and Interment for Mr. Grisham are scheduled to be conducted from the Mt. Zion Cemetery in Sullivan’s Bend on Saturday, September 15, 2018 at 2PM with Bro. Bobby Peoples officiating.

Family and friends will gather at the cemetery just prior to the graveside services.

In lieu of flowers, the family would appreciate donations to the funeral fund.