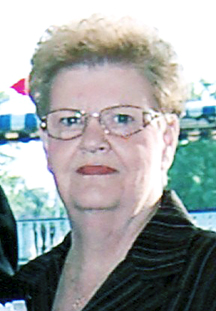 Well known retired operating room nurse Mrs. Kaye Brown died peacefully at her Moore Lane home on Friday evening September 14, 2018 at the age of 74 at 5:20 p.m. surrounded by her family. She was pronounced deceased at 6:20 p.m. by Kindred Hospice who had assisted the family in caring for her while she battled kidney cancer.

The only child of William Hershall Ross who died at the age of 88 on July 17, 1997 and Gradie Eleanora Oldham Ross who died February 14, 2000 at the age of 85, she was born Sandra Kaye Ross in Nashville on December 13, 1943 and was reared on Young Branch Road at Dixon Springs.

On January 10, 1980 she was united in marriage in Sparta to Putnam County native Edward Leo “Ed” Brown.

Mrs. Brown was a 1961 graduate of Smith County High School where she was voted the wittiest girl in her senior class. She majored in home economics and was a member of the band and participated in the “Spring Festival” for the last three years of high school, was a member of the junior year swing band and was in the junior play cast and her senior year was a football queen attendant.

She received her nurses training at the Shelbyville Nursing Program in Shelbyville, Tennessee graduating in 1964, first working in a doctor’s office and shortly following the opening of the Carthage General Hospital in 1966 began employment in early 1967 and assisted Wayne Winfree and staff in the operating room.

She retired in 2010 from the Riverview Regional Medical Center after the two hospitals were consolidated on April 1, 2006. Her total nursing career spanned forty six years.

Mrs. Brown was saved at an early age and was baptized into the full fellowship of the Dixon Creek Missionary Baptist Church.

Surviving in addition to her husband of over thirty eight years are their two sons, Shannon Brown and wife Lynn of the Brush Creek, Chad Brown of Dixon Springs; two grandchildren, Wyatt Brown and Rylle Brown.