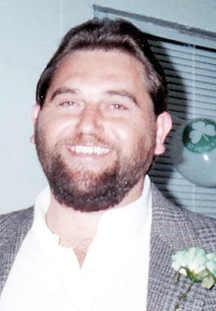 Mr. Mitchell Alley, age 58, of Lebanon and Carthage was pronounced dead at the Riverview Regional Medical Center in Carthage at 10:16 p.m. Thursday evening September 27, 2018. He was discovered deceased from natural causes at the Hartsville Pike residence by his father after he had failed to answer his phone calls. Mr. Alley and his wife also maintained a home on Spring Creek Road in Lebanon.

Memorial services are scheduled to be conducted at 3 p.m. Friday afternoon October 5th at 3 p.m. from the Carthage Chapel of Sanderson Funeral Home. Bro. Kenneth Bowen, pastor of the Unity Church in Lebanon will officiate.

The family will receive friends at Sanderson in Carthage only on Friday from 1 p.m. until the memorial service at 3 p.m.

In compliance with Mr. Alley’s wishes he was cremated and this was performed at Cumberland Family Services in Algood.

One of two children, he was born Robert Mitchell Alley in Pulaski in Pulaski County, Virginia on August 7, 1960 and was the son of Robert Lee Alley of South Carthage.

His mother, Barbara Etta Pickett Alley Hancock, preceded her son in death on June 26, 2015 at the age of 73.

In Lebanon on Coles Ferry Pike on March 17, 1990, he was united in marriage to the former Kimberly Ann Johnson. The ceremony was performed by then Wilson County Judge Don Simpson.

For the past eighteen years he was employed by the Wilson County Road Commission as a mechanic, a passion of vehicle repair he had passed on to his two sons.

While living in Virginia Mr. Alley had attended the Picketts Chapel Church of God in Max Meadows, a church founded by his grandfather, the late Albert Pickett.