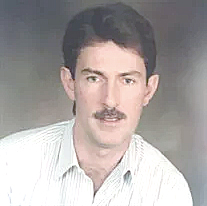 Tony was born September 29, 1964, in Smithville, TN, a son of Ruth Hancock Corley and the Late Billy Joe Corley. He graduated from DeKalb Co. High School. Tony worked as a construction worker. He was a Christian and attended the Lancaster Seventh Day Adventist Church.

Funeral Services for Mr. Corley are scheduled to be conducted from the Chapel of Avant Funeral Home in Alexandria on Thursday, October 4, 2018 at 2PM with Bro. Leslie Walper officiating. Interment will follow in the Mt. Zion Cemetery on Lower Helton.

Visitation with the Corley family will be held at Avant Funeral Home in Alexandria, on Wednesday from 4PM until 8PM and on Thursday from 11AM until service time at 2 PM.