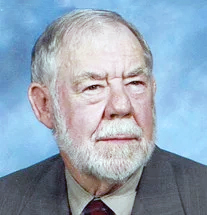 Mr. Charles Judson Caplenor, age 86 years young of the Flat Rock Community, passed away on Sunday, October 14, 2018 at his home with his family at his side.

Charles was born May 15, 1932 in the Flat Rock community of Wilson County, TN, son of the late William Caplenor and Mary Stonecipher Caplenor. He was also preceded in death by Brothers; Billy Caplenor and Johnny Caplenor. Charles married Jean Kemp on August 1, 1956.

Bro. Charles became a born again Christian at the age of 13. He was baptized in the Cumberland River at the Rome Bridge. Charles was a member of the Rome Baptist Church, where he served as an active deacon until his death. Mr. Caplenor graduated from Smith County High School in Carthage, TN, where he lettered in football for four years. He served his country in the United States Army during the Korean Conflict. Charles was a lifelong farmer and loved fishing, football, and car racing.

Funeral Services for Mr. Caplenor are scheduled to be conducted from the Carthage Chapel of Bass Funeral Homes on Tuesday, October 16, 2018 at 1PM with Bro. Jimmy Gregory and Bro. Wayne Malone officiating. Interment will follow in the Wilson County Memorial Gardens.

Visitation with the Caplenor family will be at the Carthage Chapel of Bass Funeral Homes on Monday from 3PM to 8PM, and Tuesday from 11AM until service time at 1PM.