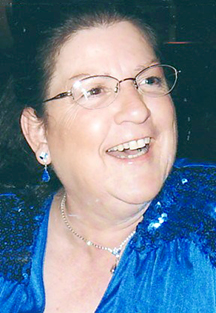 Funeral services from the Hackett Chapel of Sanderson Funeral Home were conducted Wednesday afternoon October 24th at 1 p.m. officiated by her longtime minister Larry Cole. Burial followed beside her husband in section four at the Defeated Creek Memorial Gardens.

She was born Florence Idella Beatty in Warren in Trumble County, Ohio and was the youngest of five children of the late Floyd Ray Beatty Sr. and Rose Alive Wright Beatty who later relocated to the Rickman Community in Overton County where the children were reared.

Mrs. Spurlin was a 1972 graduate of Rickman High School in Overton County.

On June 23, 1974 in Livingston she was united in marriage to Crawford, Tennessee native Robert Glenn (Bob) Spurlin. The ceremony was performed by minister Olman England.

Her husband, a 1995 retired Army veteran, died in a two vehicle automobile accident in the Popes Hill Community on May 5, 1998 at the age of 48.

She had been employed at the Carthage Walmart except for a year in 2004 when she then was being treated for cancer, since August of 1993. At the time she was again overcome by her illness, she continued to be employed part time.

Mrs. Spurlin was a member of the Montrose Church of Christ at Defeated Creek.

The Spurlin family requests memorials to the Montrose Church of Christ Youth Fund.