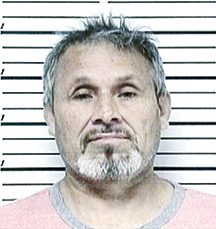 A judge has denied a double homicide suspect’s request to move to Florida. In August, Criminal Court Judge Brody Kane set bond for David Ortiz Bibian, 53, Difficult, at $120,000. Shortly afterward Bibian posted bond and was released from the county jail.

Represented by Carthage Attorney Brandon Bellar, Bibian appeared before Judge Kane Thursday afternoon, requesting to relocate to Florida. Bellar indicated Bibian’s wife had been providing for him and she had a job in Florida. Given the charges he faced, Bellar told Judge Kane it would be hard for his client to find a job.

In August, Judge Kane set conditions for Bibian’s release including wearing an ankle monitor and not being allowed to travel outside the state. Assistant District Attorney Jack Bare presented the judge with a flyer noting Bibians personal possessions were to be sold at public auction and his residence was for sale. “I’m not crazy about the idea of you leaving the state. I’m glad you’re doing what you’re doing… You face some very serious charges. I don’t think I can go that far,” Judge Kane said.