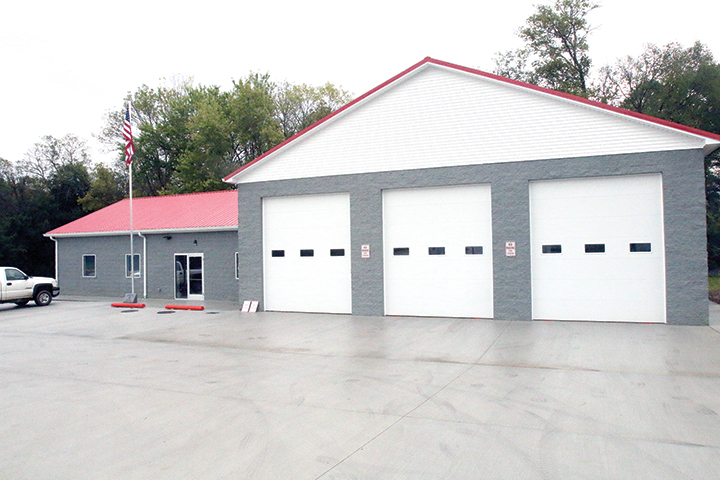 The Gordonsville Fire Department ushered in a new era with the recent completion of a new three bay fire hall. In addition to room for three fire trucks, the new fire hall has a spacious meeting area, restrooms and kitchen. The new state-of-the-art fire station is located on the opposite side of Fairview Avenue from the old fire station and one-time city hall building.

The history of the Gordonsville Fire Department dates back to the 1960s when city leaders began planning for a fire hall and fire engine. Prior to the town purchasing a fire engine, the traditional bucket brigade was used to extinguish fires. The former Welsh Manufacturing Company located on Hogan Road for several years played a key role in the establishment of the Gordonsville Fire Department.

Before the Smith County Industrial Park was established, Welsh was Gordonsville’s prime industry, crafting high quality baby bed furniture. Gordonsville resident Hollis Blair was mayor of the town when the fire department was established in October of 1968. “One of the requirements for Welsh to locate here was the establishment of a fire department. The town had to have fire protection before the company would locate here,” recalls Blair. In the 1960’s American LaFrance was the “Cadillac” among fire engines, Blair says.