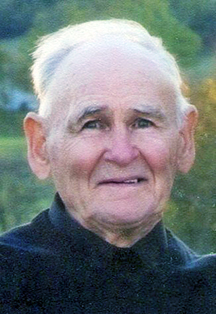 A lifelong farmer of the Hiwassie Community, Mr. Howard Bains, died peacefully at the age of 95 at 10:46 a.m. Tuesday morning October 23, 2018 at The Pavilion in South Carthage where he and his wife had made their home since being overcome by failing health.

Mr. Bains was also preceded in death by a sister, Mary Bell Bains Ray and a brother, Dan Edwin Bains.

His wife of sixty six years was the former Lonetta Chaffin.

Mr. Bains proudly served our country with the United States Marines during World War II and was honorably discharged with the rank of Corporal at Washington, D.C. on February 16, 1944. A portion of Mr. Bains services was at Guantanamo Bay in Cuba and he was trained as an infantry man and was ranked an expert rifleman and qualified with a bayonet.

While in the military he served as a field lineman and switchboard operator.

Mr. Bains was a member of the Rome Church of Christ.