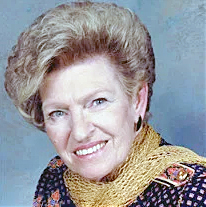 Ms. Siegelinde was born July 31, 1932 in Ulm, Germany, the daughter of the late Eugen Wahler and Ruth Omhie. She was also preceded in death by Sons; Verne Wetherholt, III, and Charles Wetherholt.

Ms. Johnson earned her Business Degree while in college in Germany. She was on the German National Rowing Team and participated in the Olympic Trials. During WWII, she became a translator for the United Nations. During her service to the war she met Verne Wetherholt, Jr, a United States Soldier spending service time in Germany. After the war she relocated to the United States where they were married. She began working for AT&T and learned the trade of circuit board soldering. Over the course of a 28 year career, worked her way to being Quality Control Executive for AT&T. Ms. Siegelinde was very active in the community, and especially enjoyed visiting nursing homes and assisted livings. She was an active member and Deaconess at Living Water Ministries.

Ms. Johnson is survived by Son and Daughter-in-Law; Paul and Trish Dietrich of Brush Creek, TN, as well as several grandchildren and great-grandchildren.

Funeral Services for Ms. Johnson are scheduled to be conducted from Living Water Ministries on Saturday, November 3, 2018 at 2PM with Rev. Kevin Blackburn and Rev. Terry Dunn officiating. Interment will follow in the Brush Creek Cemetery with her grandson Rev. Jason Wetherholt officiating.

Visitation with the Family will be held at the Living Water Ministries on Saturday from 10AM until service time at 2PM.

In lieu of flowers the family requests memorials be made in Ms. Johnson’s name to Kindred Hospice Foundation.