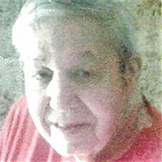 Mr. Billy was born December 6, 1932, in the Hogan’s Creek Community of Smith County, TN, a son of the late Marvin Ford Eastes and Nellie Gray Hunt Eastes. He was also preceded in death by Brother; James “Egg” Eastes and Daughter; Martha Anne Eastes on October 30, 1971. Mr. Eastes married Anne Armistead on September 28, 1952 and she preceded him in death on October 12, 2015 after 63 years of marriage.

Mr. Billy was a 1950 graduate of Gordonsville High School. He was Owner, Broker, and Auctioneer at First Tennessee Realty and Auction for thirty years. Mr. Billy attended Gordonsville United Methodist Church and was past member of the Gordonsville City Council. He was a renowned football enthusiast, a lifelong farmer, and a hardline Democrat.

Funeral Services for Mr. Eastes are scheduled to be conducted from the Gordonsville Chapel of Bass Funeral Homes on Saturday, November 3, 2018 at 11AM with Bro. Dickie Johnson officiating. Interment will follow in the Gordonsville Cemetery.

Visitation with the Eastes Family will be at the Gordonsville Chapel of Bass Funeral Homes on Friday from 4PM until 8PM and again on Saturday after 9AM until service time at 11AM.

Family requests memorials be made to the Gordonsville High School Football Fieldhouse Project.