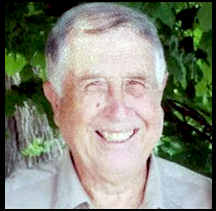 Mr. J.T. was born March 21, 1935, in the Sykes Community of Smith County, TN, son of the late Ulus S. Webster and Dessie Lee Helmontaller. He married Dorothy “Dot” Thomas on December 22, 1956. J.T. was a 1953 graduate of Gordonsville High School. He worked as a supervisor for over 34 years until his retirement for Textron Industries which later became Avco. J.T. was also a lifelong farmer.

J.T. was a longtime member of the Gideons International and was faithful to help with the Jail Ministry and visit nursing homes, funeral homes, and hospitals. J.T. was a lifelong member of the Union Hill Cumberland Presbyterian Church.

Funeral Services for Mr. Webster are scheduled to be conducted from the Union Hill Cumberland Presbyterian Church on Sunday, November 4, 2018 at 3PM with Bro. Dennis Croslin officiating. Interment will follow in the Union Hill Cemetery.

Visitation with the Webster Family will be at the Gordonsville Chapel of Bass Funeral Homes on Saturday from 2PM until 8PM and at the Union Hill Cumberland Presbyterian Church on Sunday after 1PM until service time at 3PM.

Family requests memorials be made to the Union Hill Cemetery Mowing Fund.