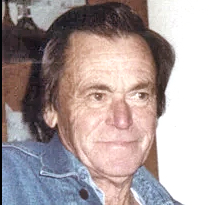 Mr. Savage was born June 13, 1933 in Gainesboro, TN, a son of the late John Brownlow Savage and Ada Hutcheson Savage. He married Dorothy Elizabeth Manion Savage and she preceded him on death on November 10, 2010. Mr. Savage was also preceded by eight siblings.

He worked as a brick, block, and stone mason. Mr. Wavie was also a longtime farmer.

Graveside Services and Interment for Mr. Savage are scheduled to be conducted on Tuesday, November 6, 2018 at 11AM at the Bethlehem Cemetery with Bro. Jimmy Gregory officiating.

Visitation with the Savage family will be at the Carthage Chapel of Bass Funeral Homes on Monday from 4PM until 8PM. Family and friends will gather at Bethlehem Cemetery just prior to the graveside service on Tuesday.