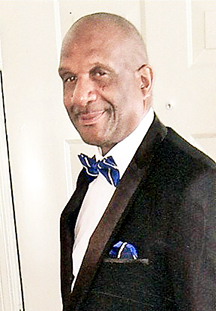 One of four children born to the late Charles and Marcellus Lee Gholson Boyd, he was born Marshall Edward Boyd in Memphis on February 20, 1960.

Also preceding him in death were his in-laws, Thomas and Lucille Gray Bell and a brother-in-law Melvin Bell.

On March 21, 2009 he was united in marriage to Carthage native, the former Cynthia (Cindy) Bell. The ceremony was performed by the Rev. Ron Brown at the St. Luke Baptist Church on Keating Street in Memphis.

Mr. Boyd was supervisor of the delivery program for Family Leisure in Nashville.

He was a member of the Mt. Zion Baptist Church in Nashville.

Marshall was a true gentleman with a kind heart and a loving spirit and desired to be a friend to all who knew him.

His journey on this earth may have ended all too soon, but his memory will abide with us forever.