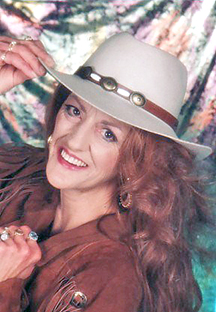 Mrs. Sandy Kelley, a homemaker of the Hogans Creek Community, died at the age of 67 at 11:44 p.m. Thursday evening November 8, 2018 at the TriStar Centennial Medical Center in Nashville suffering from respiratory failure.

On March 26, 1971 at the home of her parents, she was united in marriage by then General Sessions Judge W. H. “Henry” Matthews to Hogans Creek Community native and 1966 Smith County High School graduate James Garry Kelley.

Mrs. Kelley was an avid birdwatcher and was a member of the Smith County Nature Group.

She loved family and in her youth was employed at the former Norma’s Restaurant in Carthage and shortly after the opening of the Carthage General Hospital in August of 1966 began employment as a nurses Technician.

Before returning to the Kelley family farm in October of 1986 in the Hogans Creek Community, Mrs. Kelley was actively involved in youth sports in Lebanon and twice won the award for the top selling representative Avon District two years in a row.

She also was a substitute teacher at the Sam Houston School also in Lebanon.

Surviving in addition to her husband Garry of over forty seven years is their son, Jamie Kelley and wife Adrienne White Kelley of South Carthage and their two children Nolan and Maggie Kelley; two sisters, Deborah Deebanks Gammon and husband Joe David, Mina Deebanks Brown and husband Dennis all of Lebanon.

The Kelley family requests memorials to the Full Gospel Church in Carthage.