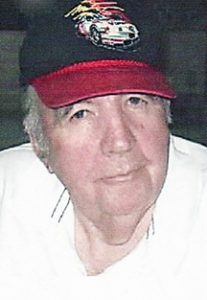 Mr. Hoffman had made his home at the Concordia Health and Rehabilitation Center in Carthage since July 7, 2009.

Graveside services were conducted Friday afternoon November 16th at 3 p.m. Burial followed beside his father in the Welch Cemetery on Allentown Road in Gainesboro.

Born James Robert Pruitt at Fort Blunt in the Whites Bend Community of Jackson County on September 1, 1940, he was the only child of the late Sam Pruitt who died May 25, 1976 at the age of 67 and Kate Netherton Pruett who died September 14, 1954 at the age of 46.

Mr. Pruett was a retired factory worker in Gainesboro and attended the Salem Church of Christ.

He also attended the Jackson County Central High School through the eleventh grade.

Surviving are his two sons, David Pruitt of the Difficult Community and Junior Pruitt of Carthage.