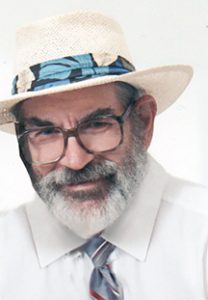 Funeral services were conducted by his pastor Eld. Junior Dickerson assisted by Bro. Billy Smith on Friday afternoon November 16th from the Carthage Chapel of Sanderson Funeral Home. Burial following the 1 p.m. services was in the Rigsby family lot in the Garden of Gethsemane at Smith County Memorial Gardens.

Two brothers, Frank Rigsby and Kenneth Rigsby preceded him in death. His only sister Ernestine Rigsby Gregory died August 16th 2018 at the age of 84.

Mr. Rigsby was saved as a teenager and was baptized into the full fellowship of the Plunketts Creek Missionary Baptist Church in the Rock City Community.

He retired as a mould operator from Diamond Plastics in Lebanon with fifteen years of service.

Mr. Rigsby is survived by two children, John Rigsby and Teresa Rigsby both of Lebanon and the mother of their children, Corean Crawford Rigsby of the Popes Hill Community; two grandchildren.