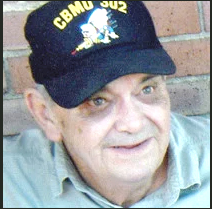 Mr. Nolen was born in Lebanon, TN, June 9, 1949 to the late James Mahlon Nolen and Molly Etta Nolen. He was also preceded in death by Two Sisters; Elaine Nolen and Deborah Nolen Crawford. Jimmie graduated from Gordonsville High School. He served his country in the U.S. Navy during the Vietnam Conflict as part of the SeaBees. After service time in Vietnam, Mr. Nolen served with the Tennessee Defense Force.

Funeral Services for Mr. Nolen are scheduled to be conducted from the Gordonsville Chapel of Bass Funeral Homes on Sunday, November 18, 2018 at 2PM with Bro. Mark Stinnett officiating. Interment will follow in the Baird Memorial Cemetery in Hickman, TN.

Visitation with the Nolen Family will be at the Gordonsville Chapel of Bass Funeral Homes on Saturday from 3PM until 8PM and on Sunday after 11AM until service time at 2PM.

In lieu of flowers, the Nolen Family requests memorials in Mr. Jimmie’s memory be made to St. Jude or to the Nashville Rescue Mission.