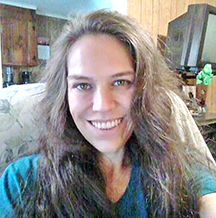 Mrs. Elicia Copley, a homemaker of the Defeated Creek Community died peacefully Thanksgiving afternoon November 22, 2018 at the age of 42 at 4:15 p.m. at her Kirk Lane home with her family at her bedside. Mrs. Copley was under the loving care of Kindred Hospice of Cookeville.

Mrs. Copley was at the Carthage Chapel of Sanderson Funeral Home.

She was cremated at Cumberland Family Services in Algood and no services are planned at this time.

One of seven children, she was born Elicia Lyn Clemons in Pinellas in Pinellas County, Florida on October 31, 1976 and was the daughter of Mrs. Doris Elicia Cavnar of Hartsville and the late Walter Henry Clemons.

On Saturday February 19, 2000 at the home of her mother in Hartsville she was united in marriage to Columbus, Ohio native Gregory “Greg” Copley. The ceremony was performed by the late Eld. Bobby Pitt.

The Copley family were tile installers and Mrs. Copley had also been employed at the Hartsville Middle School in the cafeteria.

Surviving in addition to her husband Greg of over eighteen years and her mother Doris are two children, Vincent Copley and wife Autumn of Lafayette, Danielle Copley of the Defeated Creek Community; four sisters, Teresa Clemons Phillips and husband Mickey of Pinellas, Florida, Karen Clemons Kleinpeter, Christine Clemons Bandy and Jackie Clemons Riley and husband Ken all of Hartsville.